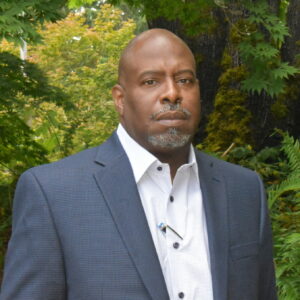 Born in Philadelphia, but raised in Jacksonville, Florida, Malcolm spent his youth surrounded by family and friends. After college, he worked in corporate America for leading companies like Hewlett Packard, Intel Inc, Pepsi Cola, Nextel Communications, and America Online. He even started his own vending machine business, where he learned the grueling tasks of being an entrepreneur.

In the early 2000s, he and his wife opened a Caribbean restaurant in Park City, Utah. One restaurant led to three. After the financial crisis of 2008, Malcolm returned to corporate life and moved his wife and three children to Puyallup, WA, with the Mitel Communication company. He later launched an Interconnect company in 2011. In 2016 he formed Ovation Technology LLC. The technology industry has afforded Malcolm the ability to harness the years of his high-level corporate and passionate entrepreneurial experiences to form a unique company dedicated to outstanding client service and the application of technology to build businesses.

Malcolm has been honored to complete the University of Washington Executive program in 2017, the Small Business Administration (SBA) Emerging Leaders in 2016, and the University of Washington Business Collaborative program in 2018. He’s led many teams over the past thirty years, and looks forward to learning more with the Thurston County Leadership program.